How agro companies use GMO as battleground for market space

The battle to get Genetically Modified (GMO) crops to Nigeria now assumes new dimension with some civil society groups going to court in a bid to frustrate the adoption of GM crops in Nigeria.

Seventeen non-governmental organizations have dragged the Federal Government before an Abuja Federal High Court, over permits issued by the National Biosafety Management Agency (NBMA) for GMO Cotton and GMO Maize in Nigeria.

In the High Court suit (FHC / ABJ / CS / 846/201), the defenders are NBMA, the Minister of Environment, NABDA, Mosanto, Minister of Agriculture, the Attorney General of the Federation and the National Agency for Foods Drugs and Administration (NAFDAC).

They are also asking for the revocation of the National Biotechnology Development Agency (NABDA) for the confined field trial of NK603 and MON89034X NK 603 Maize and Monsanto Agricultural Nigeria Limited commercial release of BT Cotton (MON 15985).

The gap is further exacerbated by the current Minister of Agriculture and Rural Development, Chief Audu Ogbeh’s indecisive stand on whether his ministry will encourage farmers to adopt the technology or not.

While many experts agreed that biotech seeds will increase harvests and decrease crop diseases and lessen the excessive use of chemicals, there has been serious battle around its adoption with CSOs claiming it constitute health hazard- leaving many observers to conclude that there is more to it than the eye could see.

When asked about where he stands on GMOs recently in Abuja, Chief Ogbeh used an analogy to illustrate his position: “a European man was asked if he believes in demons, he said he doesn’t but he fears them.”

The minister neither opposes nor accepts the technology to be adopted by the Nigerian farmers but was last week seen appreciating a BT cotton technology when he visited the biosafety agency.

This position angers many stakeholders in the sector in a recent One Day Sensitization Workshop for Nigerian Seed Industry on GM seeds’ organized by the African Seed Trade Association in Abuja with some describing the minister as “neither here nor there.”

Seed companies are however trading with caution over the matter as they don’t want to have issues with the minister because his ministry still owes them more than N16 billion for the input supplied to farmers under the GES during former President Goodluck Jonathan’s administration. Any matter that will frustrate their attempt to recover their monies is not their priority.

However, some owners of seeds companies spoke to Daily Trust of-the-record of their desire to have the technology, but others worried over the future of their business and will want to be part of the investment and domestication of the technology in the country.

At the Sensitization Workshop for Nigerian Seed Industry on GM seeds held at the Nigerian Seed Council recently, Professor Mohammed Ishiyaku, who is a Plant Breeder at the Institute of Agricultural Research, Ahmadu Bello University, Zaria, Kaduna State, said GM foods were absolutely safe for consumption, adding that those who oppose the technology do not have the basic knowledge of how the technology is developed.

Professor Ishiyaku alleged that most of the civil society organizations leading the campaign against the technology are been financed and sponsored by many Europeans chemical companies, who have to protect their business interest.

“There are arguments against this technology especially from Europe because they now have mighty chemical companies they have to protect. I remember in the 80s people were laughing at the companies that were investing in the development of GM seeds and this technology has been in existence since 1972,” he said.

The plant breeder painted a graphic arithmetic of what it entails should Nigeria grow a maruca cowpea, it will translate to N16 billion savings on insecticides alone.

He also said each farmer will record 20% yield advantage over conventional seed per hectare which will amounts to N48 billion at the rate of N120, 000 per tonne, noting that “our farmers will be saved from consuming or inhaling toxins from excessive use of chemicals by spraying.”

A Kenyan, Aghan Daniel, who works with the African Seed Trade Association, stressed that “Europe is fighting America in this technology - it is more of a trade war than a scientific war.”

A Managing Director of a seed company, who spoke with Daily Trust off-the -record, accused the chemical companies of leading the fight particularly in Nigeria because the country alone consumes over N40 billion worth of agro chemicals annually and the leading consumer in Africa.

“Accepting GMO will mean that a larger fraction of that market size will shrink by 60%. Africa is the new frontier because Europe is saturated and the chemical companies are fighting harder by not only using CSOs but even lobbying top government officials including legislators to halt the adoption of GM seeds in Nigeria,” the source said.

The civil society groups are however accusing the National Biosafety Management Agency of being supported heavily by Mosanto agro company, which were given the license to develop and commercialize BT cotton and Maize in Nigeria.

Mariann Bassey - Orovwuje, a Lawyer, Chair of the Alliance for the Food Sovereignty in Africa (AFSA) and the Coordinator of the Food Sovereignty Program for Friends of Erath Nigeria and Africa while reacting to the news that cowpea and sorghum were presently being tried at the Institute of Agricultural Research in Zaria, and another product under trial called the `newest rice’ by the National Cereal Research Institute, Badegi’ Niger State, worried that the country’s biosafety regulatory agency is fostering the interest of Mosanto companies against the health safety of Nigerians.

“Aside from applications for Bt Cotton (MON 15985) and Confined Trial (1) NK603 AND (2) MON89034 X NK603 Maize, and most recently the AMY3 RNAi Transgenic Lines (transgenic Cassava Clones) by International Institute for Tropical Agriculture (IITA) and ETHZ Biotechnology Lab in Zurich, that were announced by NBMA, there is no clarity on how other staples, cowpea (beans), sorghum, rice, all major Nigerian stable food, are being genetically modified and on field trials in Nigeria,” she said in a statement.

But the Director General of NBMA, Dr Rufus Ebegba, who was at the GM seed stakeholder events, stressed that the agency has well-equipped laboratory with trained professionals to assess every biotech seeds before allowing such to be adopted by farmers.

He pointed out that government will accept responsibility for any failure thereof, adding that the country will not jilted its programme on GM technology.

On his part, the President of the Seed Entrepreneurs Association of Nigeria (SEEDAN), Mr Richard Onefare, appeared to be hesitant in his support for GMOs. He wants the indigenous seed companies to be involved in the development and domestication of the technology.

Although, he stressed that there are benefits the country could derive from proper deployment of biotechnology, he warned against any recklessness by the country’s regulatory agency to allow companies dump unregulated biotech seeds in the country.

Similarly, in order not to adopt a different position from his boss, Dr Phillip Ojo, the Director General of the National Agricultural Seed Council (NASC), reflected the minister’s position when he cautioned that neither full-scale adoption nor full-scale rejection should be a viable option for the country.

For now, it is only the President of All Farmers Association of Nigeria (AFAN), Architect Kabir Ibrahim that openly supports the adoption of the technology by the Nigerian farmers.

While commenting on the issue in the stakeholder meeting at the seed council recently, Kabir said: “we are in support of any technology that will improve our lives as farmers. Increased harvest, increased income and improved standard of living are our concern.’’

At the moment, there is overt and covert local/international politics surrounding the genetically Modified Organism (GMO) seed adoption in Nigeria, this battle is likely to linger for long. But the question is: where will that leaves the country? 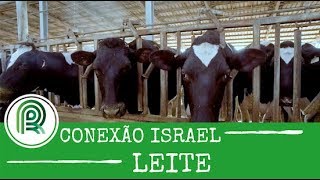 India should aim for quantum jump in agro-processing: PiyushGoyal

How agro companies use GMO as battleground for market space

Agriculture Robots the futuristic technology for the agriculture industry, to witness a CAGR of 24.3